In the years following the ravages and destruction of WWII, the Netherlands entered a period of recovery and renewal. It was a time of scarcity, but also of optimism and opportunity. For Paul de Jong, a twenty-five-year-old living in the town of Leiden, a future beckoned in the then unknown potential of plastics. The nineteen-thirties had already seen the development of a number of different types of plastic, the most important of which was undoubtedly nylon. However, it was not until during the war that the use of plastic materials truly took off. Plastics offered an inexpensive alternative to the precious metals and other resources that were strictly allocated for military use. After the war, their popularity continued to rise, and more and more plastics entered the market. For Paul de Jong, it meant an opportunity to start his own company, which he called the ‘Leidse Speciaal Gereedschappenfabriek’: an enterprise established at the Utrechtse Jaagpad in Leiden, with the objective of ‘manufacturing special tooling for the plastics industry’, according to the information in the registration with the Chamber of Commerce on 22 April 1950. 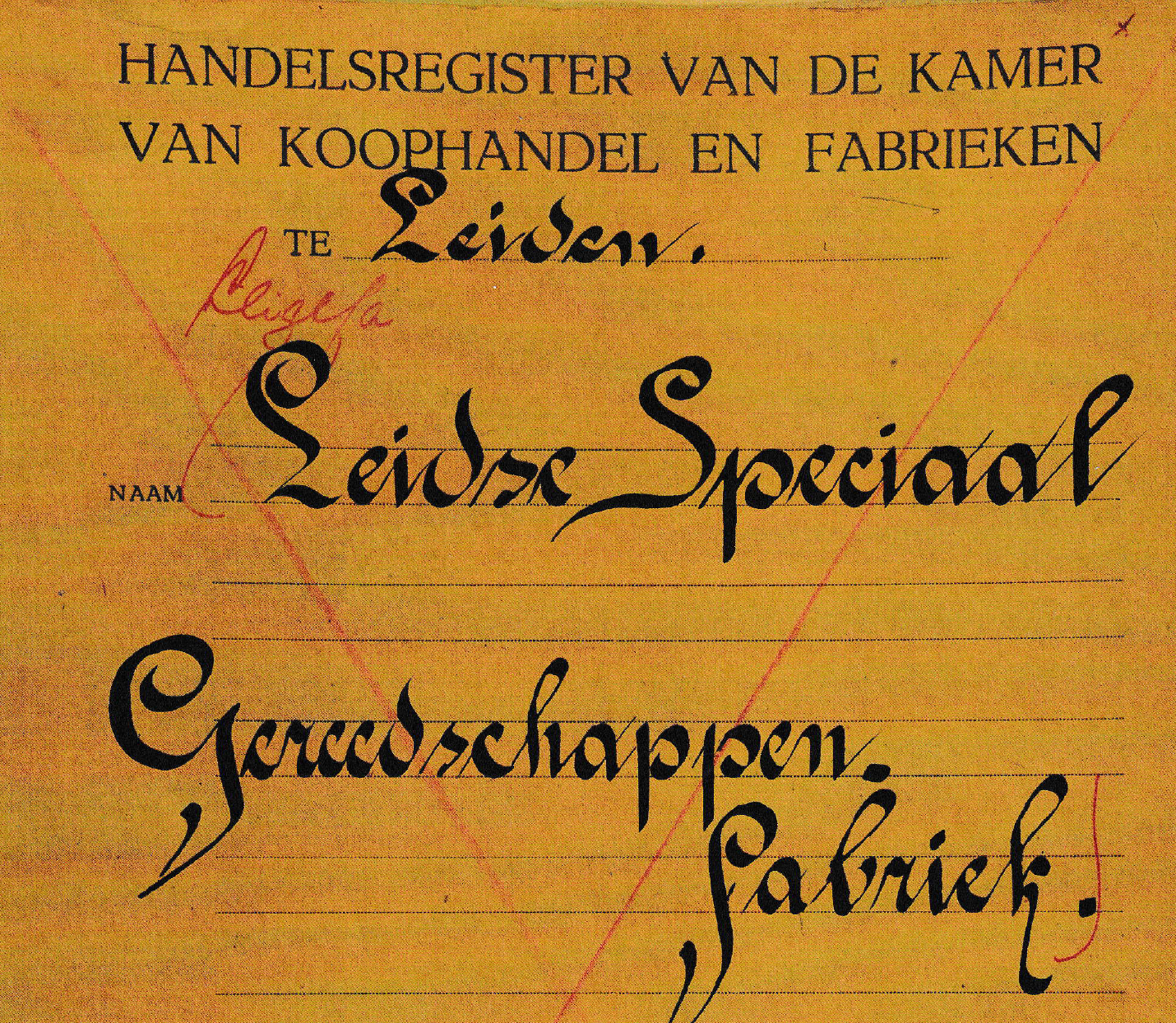 Very soon, it became evident that De Jong had a knack for product development as well and it wasn’t long before the business also started producing plastic products of its own. De Jong successfully designed, produced and launched a number of proprietary plastic products, notably household products that were innovations in their time. Custom molding projects were also carried out on behalf of third parties. The new focus ultimately led to a decision in 1958 to change the company’s name to Industrie en Handelsonderneming ‘Nutproduct’ – a name that roughly translates to ‘Usable Product’. Legend has it that the new name was thanks to Anneke, the founder’s wife, who, on being asked for an opinion, said ‘Well, what do we do? We make useful products’ – and the rest is history.

Meanwhile, the company had outgrown the premises at the Utrechtse Jaagpad and urgently needed to find a new location. The subsequent move to Van der Valk Boumanweg in Leiderdorp created space for the further growth of the company into a full-fledged injection molding facility, that later became known as Nutproduct Plastics B.V.

The explosive rise in the use and ongoing development of new types of plastic materials also fueled the demand for increasingly more complex plastic products. With the expertise, knowledge and experience amassed over the years, Nutproduct Plastics was well placed to firmly establish itself in the market for technical injection molded products; a position it continues to hold to this very day.

After the death of founder Paul de Jong, his widow Anneke took over the reins, supported by a team of professional and loyal employees, and a new general manager.
In 1991, she nevertheless decided the time had come to sell the business. Nutproduct Plastics was acquired by – and is still in the hands of – ’t Keerpunt BV, whose owner, Piet de Groot, is a well-known figure in the Dutch plastics industry. 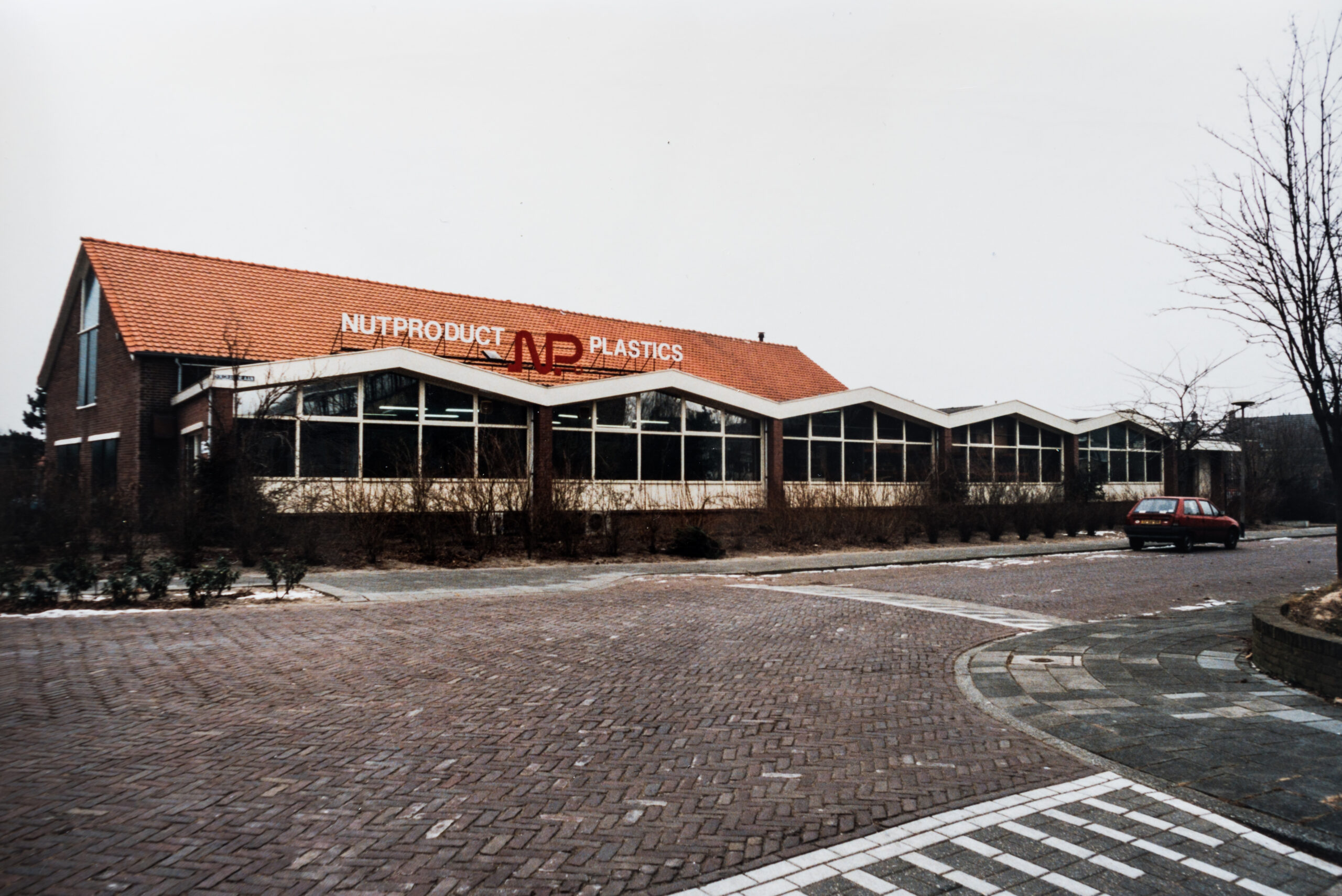 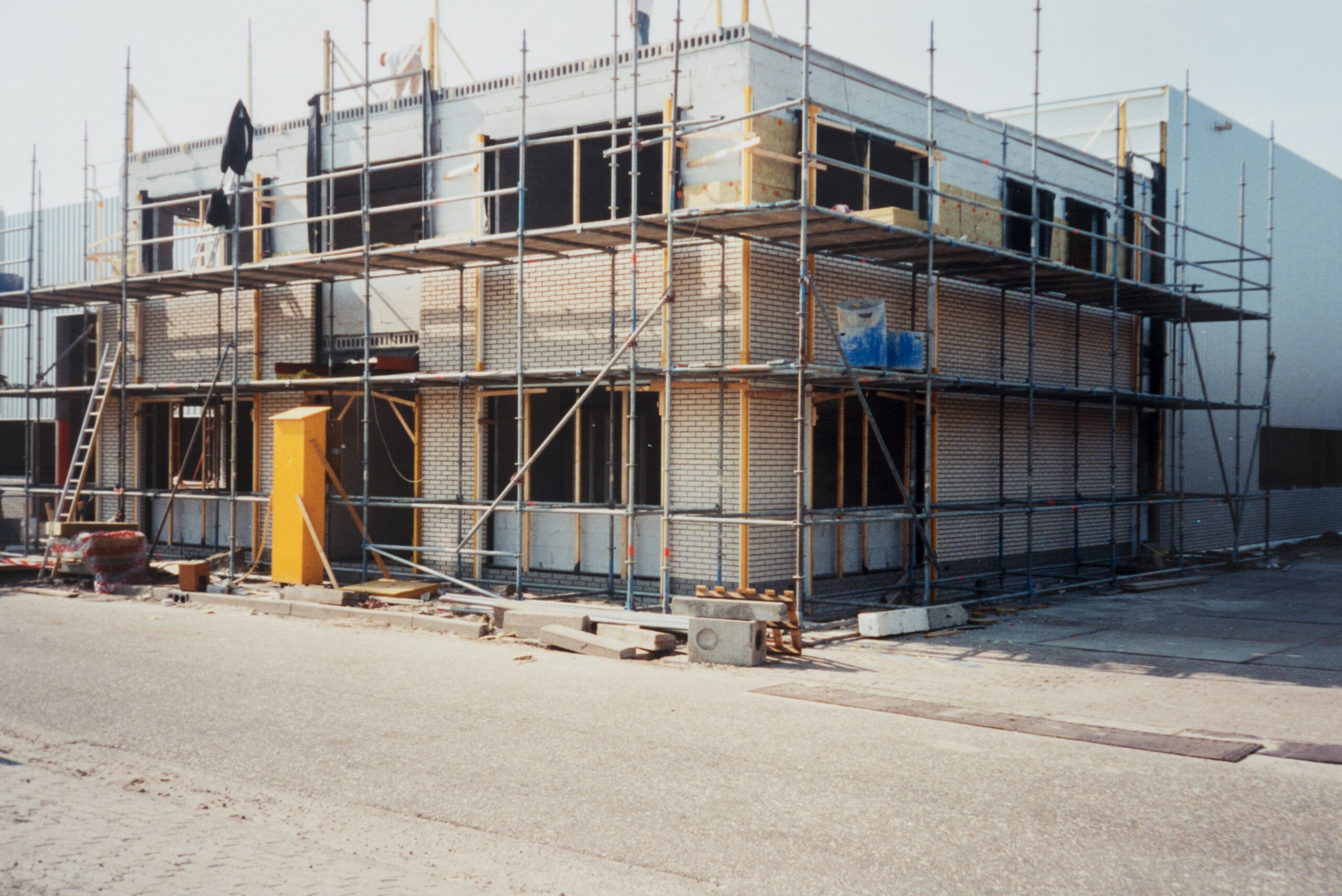 A new era dawned for Nutproduct Plastics. And once again, the business desperately needed more space to accommodate the expanding activities. The new owner solved the problem with the construction of a brand-new, fully equipped manufacturing facility in a small-scale industrial park in Noordwijkerhout. The name too, underwent a final change: since 19 June 1996, the company has operated under the name NP Plastics BV. The continued growth of the company meant that over the years, the new industrial hall also became too small, making it necessary to expand the facility. In 2012 an extension was built, doubling the usable area of the facility with the addition of new warehouse space and a dedicated mold storage area. This and other major investments over the past years in knowledge and technology, both in machinery and automation, as well as – later – in enhancing the sustainability of the facility, operations and processes have enabled NP Plastics to evolve into a modern and up-to-date injection molding company. A company that looks beyond the present horizons, creating space for innovation on a path towards a healthy and successful future.